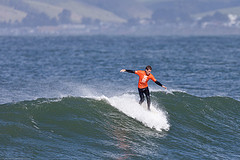 Surf forecast also as tools that could link you to your favorite marine weather sources throughout the world.  This forecast is very advantageous to avid surfers. It provides detailed local forecast for the next day together with weather and tides with a long range of forecast of the surf for the next week.

Forecasters analyze all local and global information and data to make a simple and detailed understanding of the surf in a certain area. Moreover, it offers weather information for those who want to check out more detailed local surf information. Most forecasts take into consideration all of the variables and models and will remain to be the best source of the final forecast data. The aim  of these forecasts is to help  you  determine the best surf possible so you could be on the right place at the  right time and plan your  time around the best surf area instead of planning your surfing on a limited  time. Go where the tide is by checking out a surf forecast today. 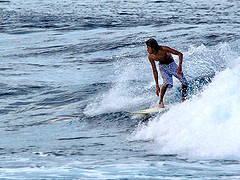 Just imagine you are in high air and the water spraying your face as the wind blows.  This is one of the joys of surfing that as inspired thousands of surf enthusiasts for many years now. For many people, surfing is a way of releasing stress and takes your mind off things.

Although the sport is hard, but as soon   as you are on the long board, you are in for the ride.  The appeal of surfing is not only the ‘cool’ factor. It could also be empowering and a killer workout and a welcome chance to leave your worries behind you on shore.

The fitness benefits of surfing are excellent. It will help in developing your upper and lower body strength, balance and flexibility and the constant paddling will provide a great cardio workout like no other. Although most people need more than just one afternoon to learn to catch a wave and stand, mastering the skills differ from one person to another and depends on one’s fitness. The wonderful thing about learning the curve is the fun. It feels nicer to wipe out into water compared to a pack of snow or cement. Some consider it a form of meditation as they ride the waves. 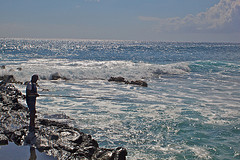 Surfing is believed to have started a long time ago in Polynesia and later on thrive to Hawaii. Once, it was only a sport reserved   for Hawaiian royalty, thus is it often called the ‘sport of Kings’. Today, there are amazing surf spots you can find in the islands of Hawaii.

Hawaii is the birthplace of big wave surfing. During the 50’s, surfers started to ride the winter waves of Makaha on the west shore of Oahu and Waimea Bay on North Shore. The big wave season in the island occurs roughly between November and February on the north shores. Some of the best surf spots for surfing competitions in the world are held on the north shore in Oahu.

You could watch surfers on each island and during winter, the north shores generate big wave swells. In summer, the south shores enjoy a large wave size. You could take up surfing lessons on almost any island in Hawaii. The lessons could run from 1 to 2 hours and taught by expert surfers in gentle breaks. Waikiki Beach is still one of the best surf spots in Hawaii to get to your feet and ride your first wave and enjoy the sport thoroughly.

A surf community includes the people, fashion, language and life that surround the art of surfing.  Surf community or culture started early in the 20th century and spread fast in the 50s and 60s. This kind of community has affected music, fashion, films, literature and more for many years.

Since surfing has a restricted geography necessity such   as the coast, the culture of beach life is frequently influenced by surfers.  Part of the development of surf culture is localism or territorialism. This is where groups of surfers assign certain major surfing spots as their own.

The aspects of the surf culture or community in Southern California where it first became popular includes bikinis, woodie and other beach wear and of course surf music.  You can find all sorts of surf community from different areas where surfing is very popular. Avid surfers developed the skateboard so they could ‘surf’ on land and several other board sports. A surf community is a great place where you could get in touch with other people who love surfing. Moreover, you can   also share many things regarding surfing and share different experiences. It is amazing to find out just how many people love this sport through various surf communities worldwide. 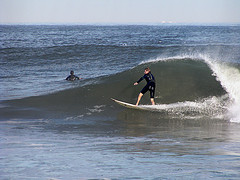 Surfing is a water sport where athletes ride breaking waves towards shore on a piece of a surfboard. The origin of this sport dates back to at least 500 years old and even older. The early Polynesians developed the sport and brought it with them as they traveled all throughout the Pacific, introducing it to European explorers and missionaries.

Surfing has spawned several offshoots which include skim boarding, wake boarding, windsurfing and skateboarding among others. Aside from being a dynamic sport, it is also associated   with certain   surfing subculture which several people aim to follow.  Hawaii, California and Australia are particularly associated with the sport. Nevertheless, good surf spots could be found around the world, from the beaches of the Philippines to the coast of Africa.

Captain Hook himself wrote about Hawaii surfing during his voyages there. Early missionaries have tried to repress surfing but it continued to be practiced. In the 20s, it exploded into popularity, thanks to the work of a Hawaiian surfing legend, Duke Kahanamoku. A board is needed, which could vary in construction or length, depending on the surfing style and practices.  Most surfing   boards are broken to traditional long boards and the more modern short boards.

This blog is protected by Spam Karma 2. Don't even think about spamming it.