A surf map relies on information added by surf website members. A Google map is used so users could map the surf spot which is easy to find. The surf map points out the exact position of a surf spot and in some instances even allow you to see the breaking wave from the available satellite image.

You can add a surf spot to   a surf map by logging into the site, brose to the surf spot area that is related to your surf spot. At the lowest portion an ‘add a spot’ will be available which you can add the click the Add surf spot link. Zoom down with the use of the map controls to add the spot at exactly the right position.

Moreover, you can   also edit any information on Spot X if it is incorrect. In the surf map, you can also check out the surf spot rating. The surf spot rating is a guide on how good a wave is. Members could provide surf spots a rating to provide information to others. A surf map is a great and effective tool   for all surfers around the world to determine which the best places to surf are. 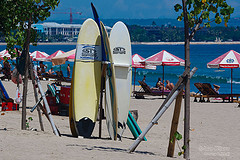 Surfing also means the freedom to conquer a great force of nature that could push you where you were never before. Nevertheless, surfing without huge waves is the same as a hot beer, totally uncool. Therefore, you should find some of the best surf spots in the area near you or from across the globe.

Some of the beautiful surf posts include the Gold Coast in Australia. Undoubtedly, Australia has some of the best waves and beaches, which are great ingredients for any surfer. The Gold Coast is the sixth most populous city in Australia located in the southeast corner of Queensland. It is famous for its popular surfing beaches, canal systems and sunny subtropical climate.

Another great place to surf is Jeffreys Bay, South Africa, which is an hour’s drive southwest of Port Elizabeth. It is one of the most popular surfing destinations throughout the world, particularly in winter.  Surfers enjoy great ride on beaches such as Boneyards, Super Tubes, Kitchen Windows, Point, Albatross and Magna Tubes. California, North America is another great surfing destination. It has big waves that go to places such as the mountains of Maverick’s during huge winter swells. Bali, Indonesia is quite famous now and is the country’s biggest tourist destination. With swells coming from the Southern Ocean, Bali has consistent waves up to 12 feet high from April to November. 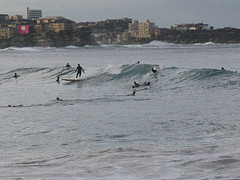 For some people, surfing is solely a recreational port while others consider it as a way of life. For those people who have never tried it before, it may appear too daunting to even try. Nevertheless, when you start surfing, there are some things that you should consider.

Any surfer will tell you that surfing starts with the surfboard. There are several boards you can use when you surf. A funboard is the preferred surfboard for beginners. They are typically 7-8 feet long, faster and longer than short boards and more manageable and shorter than long boards. The reason why these are great for beginners is because they are more buoyant and eases the transition to a shortboard or longboard.

Find a surfboard for you by asking someone who surfs. Your friend might have an extra board or know where to find the best deal. You can also visit your local surf shop. Make sure you personally inspect the board, particularly if it is a used one. Other accessories to consider include a leash which keeps the board from getting lost. You should also make certain that your surfboard is waxed properly. As a beginner in surfing, you should also be able to find the right wetsuit. Wetsuits are made of neoprene, synthetic rubber and come in various thicknesses, depending on the coldness of   the water. 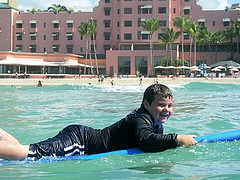 Children could be taught surfing by the age of four, as long as they know how to swim. Most surfing coaches have young kids of their own and have a lot of years experience working with children and keeping them safe.

Teaching kids how to surf could sometimes be tricky. Nurturing kid’s love affair with surfing begins with the teacher. The key to teaching the art of surf to kids is patience and more patience. Do not rush a child into the water and on the board. If he or she wants to hang on the beach then so be it. Each time you go to the beach, bring with you a surfboard and your child will want to try it out eventually.   You can also show some surf movies or go to a local surf shop once in a while.

If your  child is  between the ages  of 3 and 8, it is recommended to suit him or her  up with a thin life preserver to  help build confidence and help  the child feel better when  a wipeout holds him  or her down  for seconds. A soft surfboard is an invaluable tool to help build confidence in a child. New soft boards cost from $300 to $400. Ask the local surf shop or school if they have available used soft boards you can buy cheap. Moreover, these boards could often be rented at many larger surf shops. These boards are wide and buoyant and made of soft body board material with dull flexible fins. All    these designs are aimed to blood-free and bruise-free surfing. 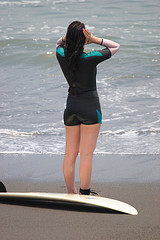 For decades, women have been surfing. Nonetheless, it has been in the 90s up to the present that some female surfers have acquired notoriety for their surfboard skills and popularize the sport, making other female athletes realize that you could get serious strength and muscle through the sport.

Surfing for women provides many benefits. One of them is brain power. The sport is demanding and could take its toll on the body. It minimizes mental stress and boosts the mood. Surfing provides core strength, particularly if you want abs. Paddling requires plenty of upper body strength and your body uses the lower back muscles, abdomen and hip flexors to paddle hard into a break, producing great killer abs.

Women who surf also benefit from a healthier heart. The sport offers cardiovascular endurance and stamina boost. By balancing the  body on the board, riding  a wave and  paddling, you will be able to work every muscle in your body, which  improves heart function, reduce heart disease risks and   increase muscle mass. Surfing for women also helps one keep in touch with nature. When you surf, you will notice thins you haven’t noticed before when you are out in the water. You will   gain   more instinct about the temperament of the ocean and the weather conditions when you become a seasoned surfer. 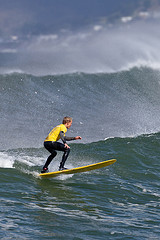 If you are in search for any information on the environment, contests or the next big thing in the world of surfing, you can find them on surf news. With surf news, you can browse press releases, articles and links to surf networks and surf community from around the world and across the internet.

With surf news, you can check out surfing live action at different surfing venues worldwide. Moreover, surf news on the web links the world of surfing to the surfing industry. You can get the most current information about your favorite sport and favorite surf brands and favorite surf happenings as well.

News about surfing will rejuvenate you with fresh ideas and widen your surfing knowledge. Surfing news further provides you helpful information on the best surf places, best times to surf and even surf retreats you might be interested in. Your passion for surfing will be enhanced as you learn more about this sport and get the latest news in the surfing world. There are also surfing competitions you might want to check out or competitions you might want to join. Moreover, there are also surfing forums where you can get in touch with others who share surfing passion.

Australia surf community is committed to maintaining strong links to many different surf communities throughout the country. A surf community in Australia   allows avid surfers to communicate, get in touch and stay updated on the latest buzz in the world of surfing these days.

Surfing forms an integral part of the Australian coastal fabric.  Moreover, it forms a part of a lifestyle wherein millions join and many more millions have shown interest. A surf community in Australia’s objective is to make certain Australians could have the opportunity to participate in surfing in  such a way that provides them enjoyment, health, well-being, recognition or whatever outcomes they may desire.

These days, one-third of all Australians have a documented interest in the world of surfing while fourteen percent of 2.5 millions of Australians actively participate in surfing. Surfing is such a great sport and pastime that provides many benefits to a person. It allows release of stress and you could leave your worries on shore as you ride the waves with your surfboard. Nothing beats riding the waves and surfing in cool and clear waters. Moreover, surfing provides many health benefits to participants. You could spend many happy hours riding the waves in your favorite surf spot. 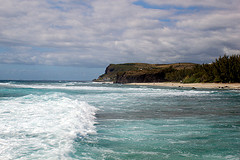 The best surf spots in the world could be found in places where four variables meet positively several times a year. Several factors could impact the surfing wave’s quality, thus making an area considered as one of the best surf spots around. The most important things to consider about the best places to surf include the wind, tides, swell direction and sea floor.

The wind is the most important variable in creating quality surf rides. Its direction, strength, consistency and duration change the surface of the ocean waters. A wave period means the time between two waves. The interaction between the wind direction and   force, swell direction and the tide in a particular hour and the kind of status of the sea floor creates a determined wave condition. For example, during fool moons, the high tide is very high and low tide is very low.

Moreover, the land features could influence the save, such as a jetty, pier or rivermouth or a building that could transform a local surf spot into a point break, beach break, sand break, shore break or reef break.  The best surf places in the world are those with the most number of days with good surfing environment and conditions. 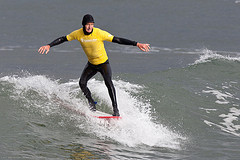 The surf network is the place for all surf enthusiasts throughout the world. It is the same as a surf community wherein avid surfers gather and share their knowledge and experiences about their favorite sport. Surfing dates back to the 15the century AD and Hawaiians called it as ‘He enalu’ or wave sliding.

In its origin, surfing was considered   as a sacred or holy ritual and only those who belong to the higher society were allowed to join the activity. It is said that the kings and queens of Hawaii were considered as the original surfers.  Nonetheless, the sport has evolved   into what it is today and enjoyed by people from all walks of life, thus the evolution of a surf network.

Surf network is world-famous and you could find numerous hundreds of beaches around the world that are perfect surfing venues. Moreover, this kind of network will provide avid surfers information on the best areas to surf and the weather condition. You can also check out the latest news in the world of surfing. In a surf network, you will also receive information on surf vacations or retreats you can join. You could visit really exotic places and enjoy an exciting surfing experience with fellow enthusiasts.

This blog is protected by Spam Karma 2. Don't even think about spamming it.